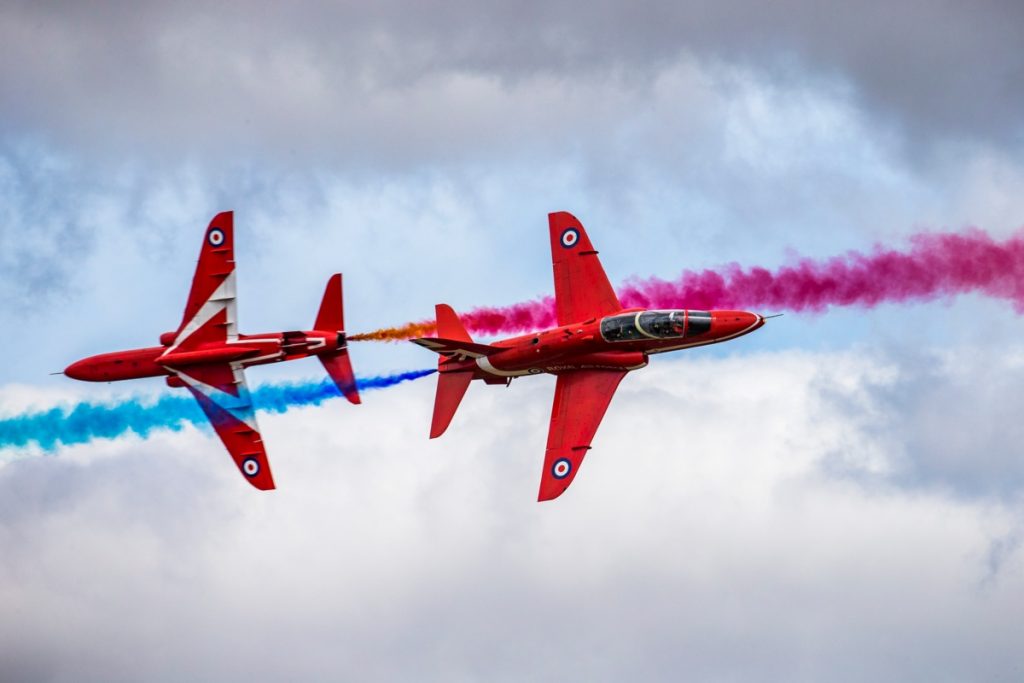 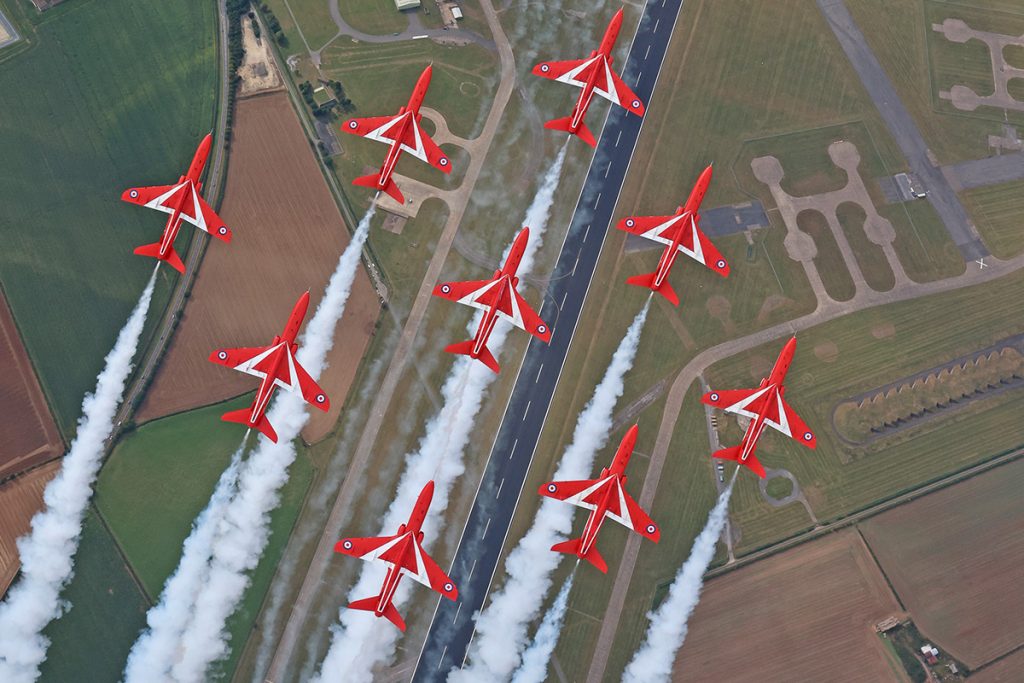 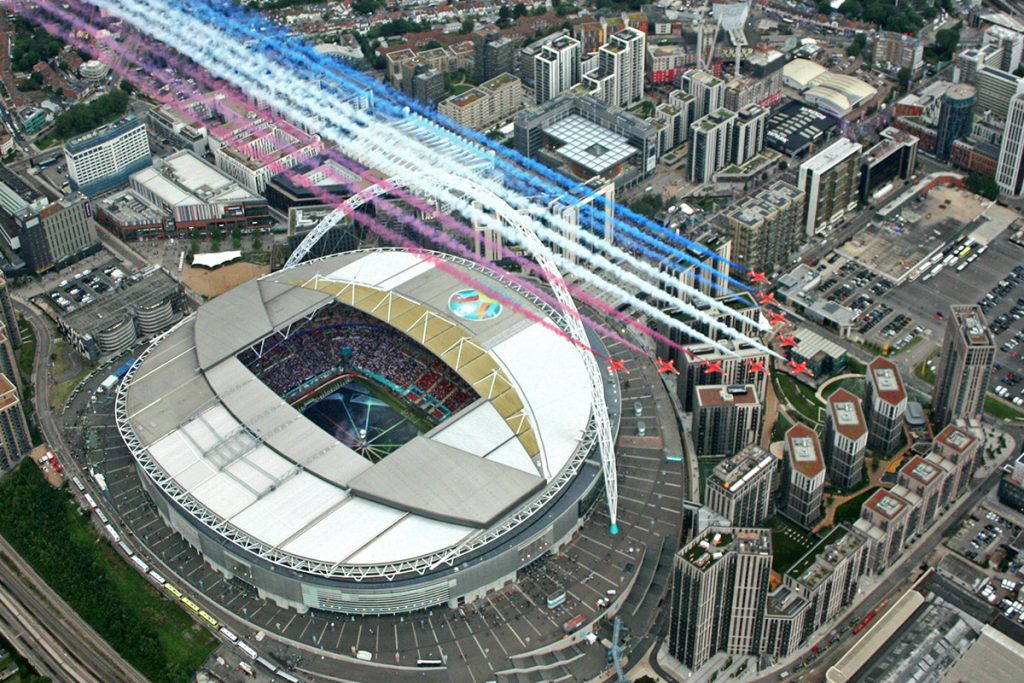 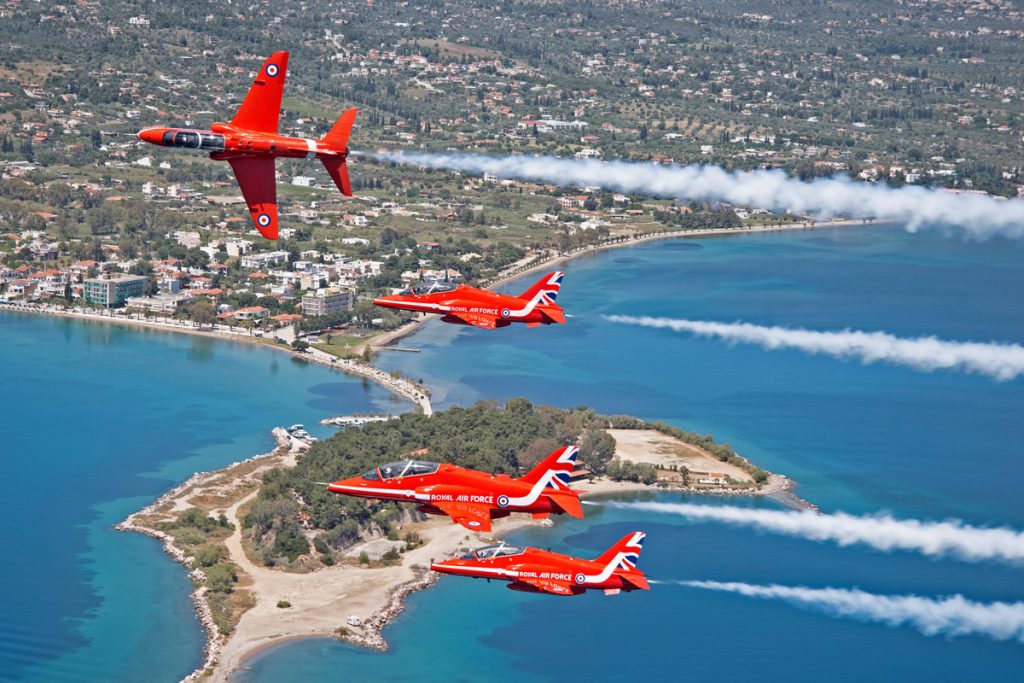 The Royal Air Force Aerobatic Team, the Red Arrows, is one of the world’s premier aerobatic display teams.

Representing the speed, agility and precision of the Royal Air Force, the team is the public face of the service. They assist in recruiting to the Armed Forces, act as ambassadors for the United Kingdom at home and overseas and promote the best of British.

Flying distinctive Hawk fast-jets, the team is made up of pilots, engineers and essential support staff with frontline, operational experience. Together, they demonstrate the excellence and capabilities of the Royal Air Force and the Service’s skilled, talented people.

The Royal Air Force Battle of Britain Memorial Flight (BBMF) operates from RAF Coningsby, a Typhoon base, in Lincolnshire.

The mission of the RAF BBMF is to maintain the priceless artefacts of our national heritage such as the Hawker Hurricane and the Supermarine Spitfire in airworthy condition in order to commemorate those who have fallen in the service of this country. The RAF BBMF also serves to promote the modern day Air Force and to inspire the future generations.

These aircraft can be regularly seen in the skies over the UK from May to September each year. They are flown to celebrate and commemorate public and military events from State occasions such as Trooping the Colour to major airshows and flypasts for public events. 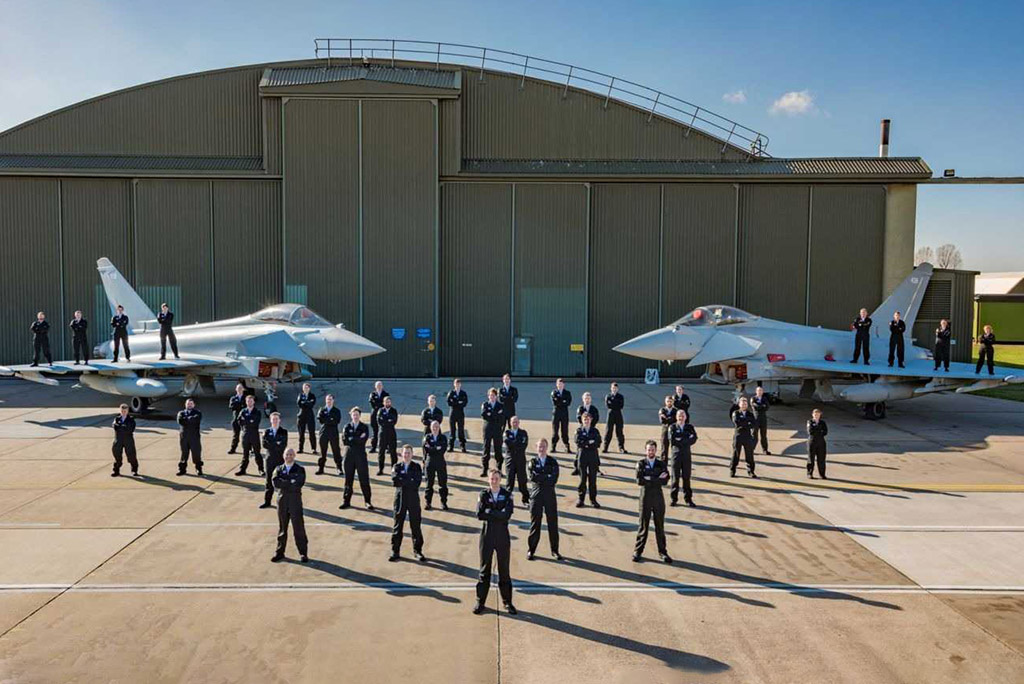 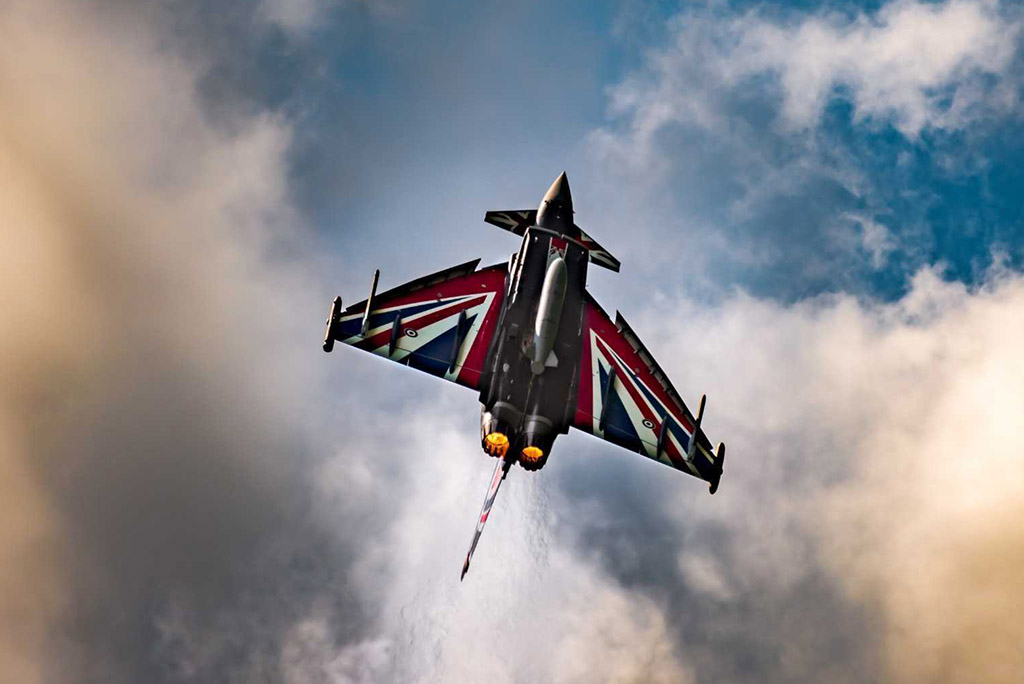 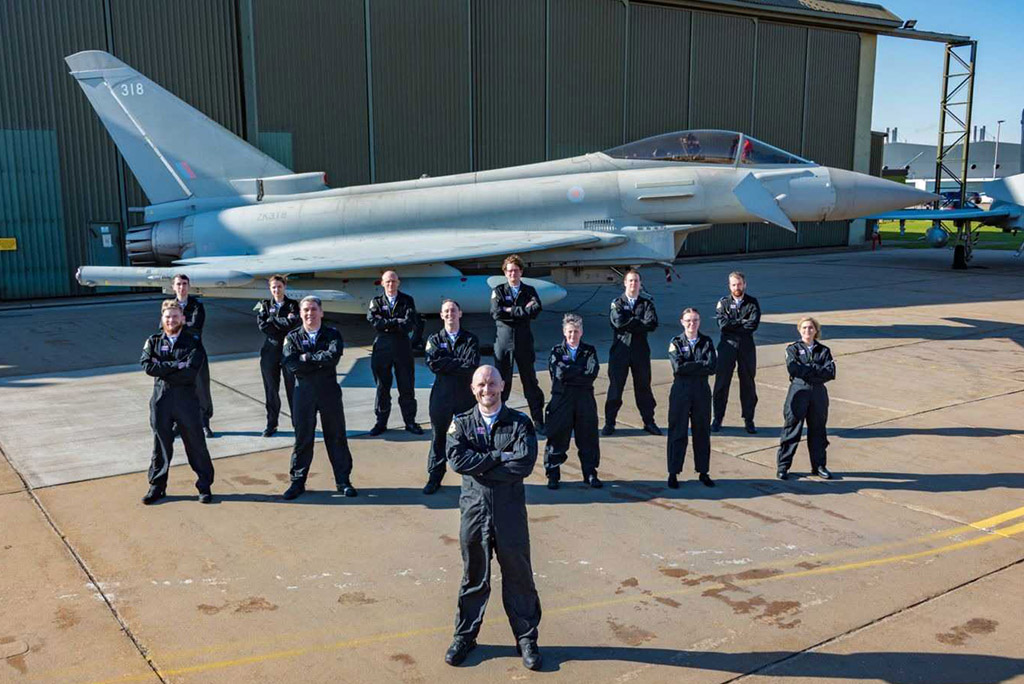 A Typhoon display is a culmination of months of hard work, detailed preparation and concerted effort by the team behind the display. Whilst it is the pilot who displays the aircraft, he cannot even begin to do his role without the unfaltering commitment and backing of the dedicated group of professionals that make up the Typhoon Display Team.

This year’s team from 29 Squadron comprises of specialists from every aircraft trade who, along with support and management teams, work together to bring you the dazzling spectacle that is the Typhoon Display.

The team look forward to the unique challenges that a display season brings and the opportunity to showcase the Royal Air Force Typhoon aircraft to the general public.

With the future of the Royal Air Force firmly in our sight we look forward to showcasing the mind blowing display of speed, power and agility by Flight Lieutenant Adam O’Hare and his Typhoon aircraft. 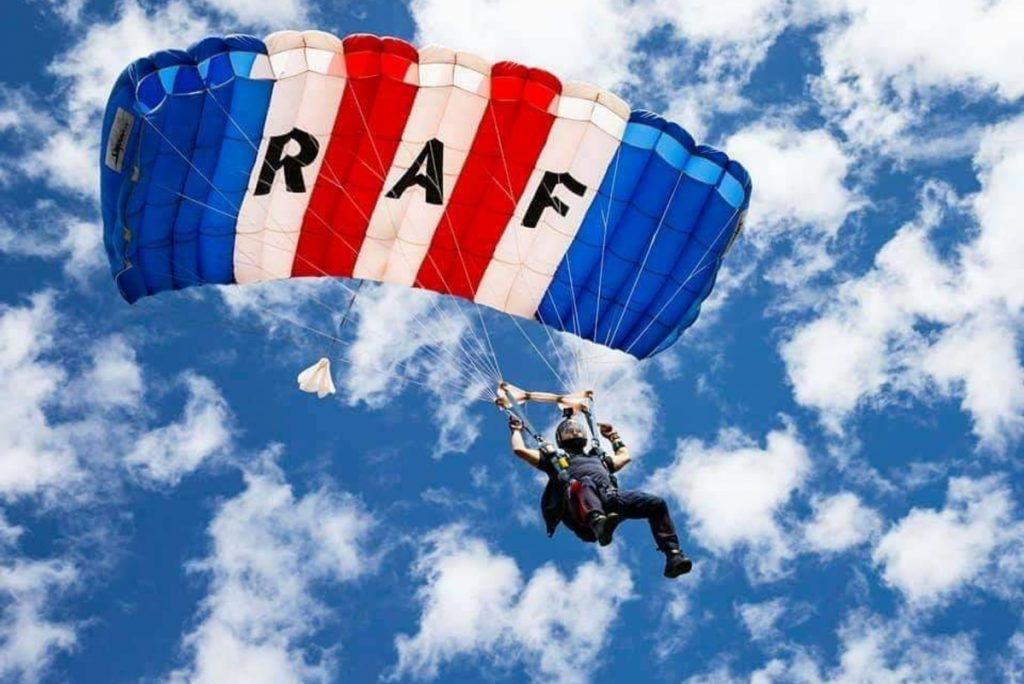 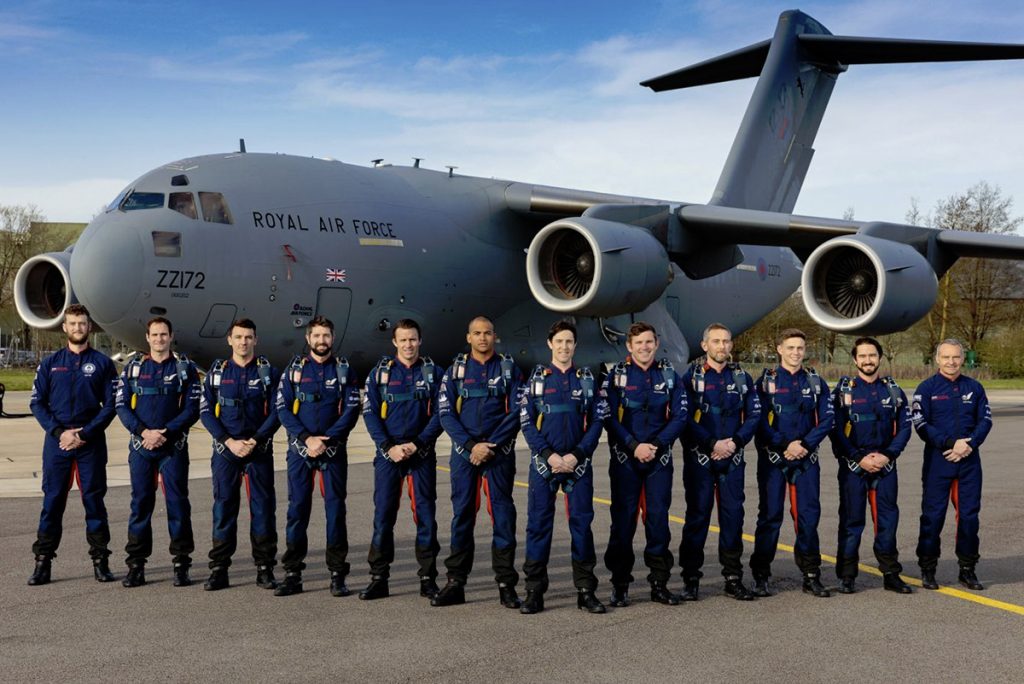 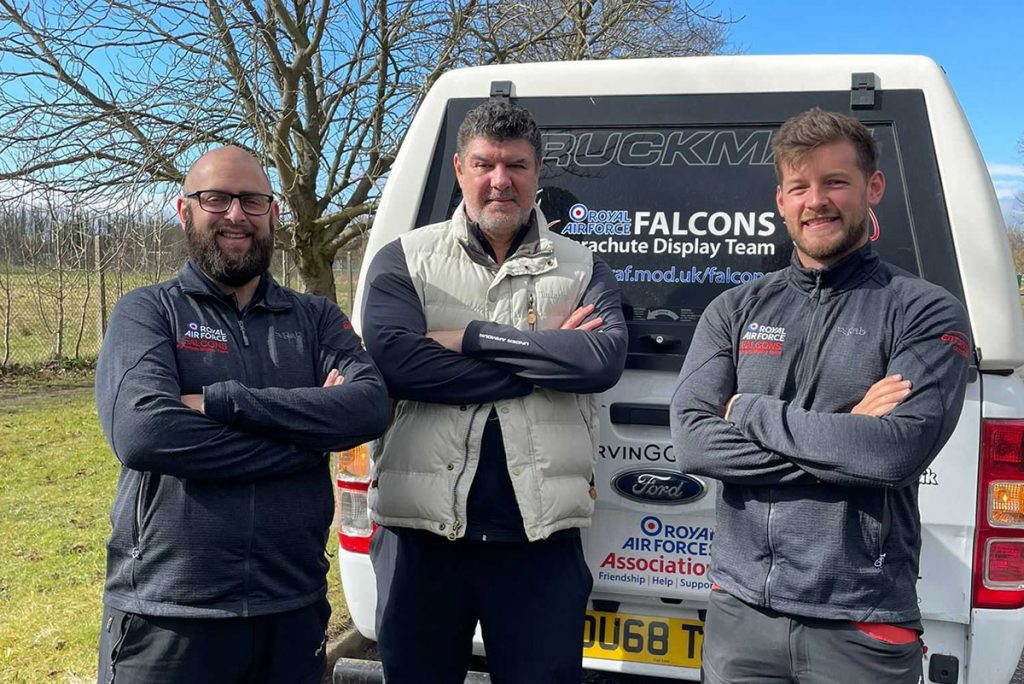 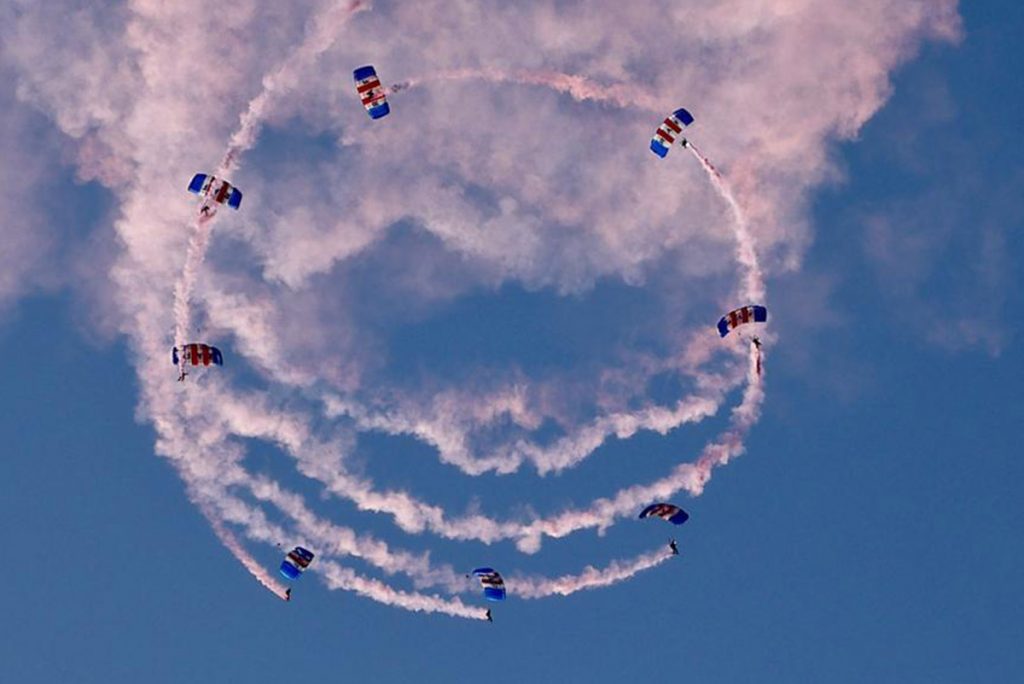 The Falcons are the UK’s premier military parachute display team, based at RAF Brize Norton, Oxfordshire, they display at venues all over Britain and Europe throughout the year. They have performed many times for the Royal Family and heads of state and set records and introduced many exciting innovations into formation skydiving.

The Royal Air Force is responsible for training and supporting all UK Airborne Forces. As well as providing a distinctive demonstration of freefall and canopy skills during the display season, each Falcons Team member undertakes continual advanced training as Parachute Jumping Instructors in preparation for future employment in support of the Parachute Regiment, the Royal Marines and other specialist units.

The RAF Falcons Parachute Display Team is the only centrally funded, professional, military parachute display team in the UK. Their exciting free fall display, which includes advanced manoeuvres, falling at speeds up to 120mph, and their famous unique non-contact canopy stack manages to captivate all spectators. 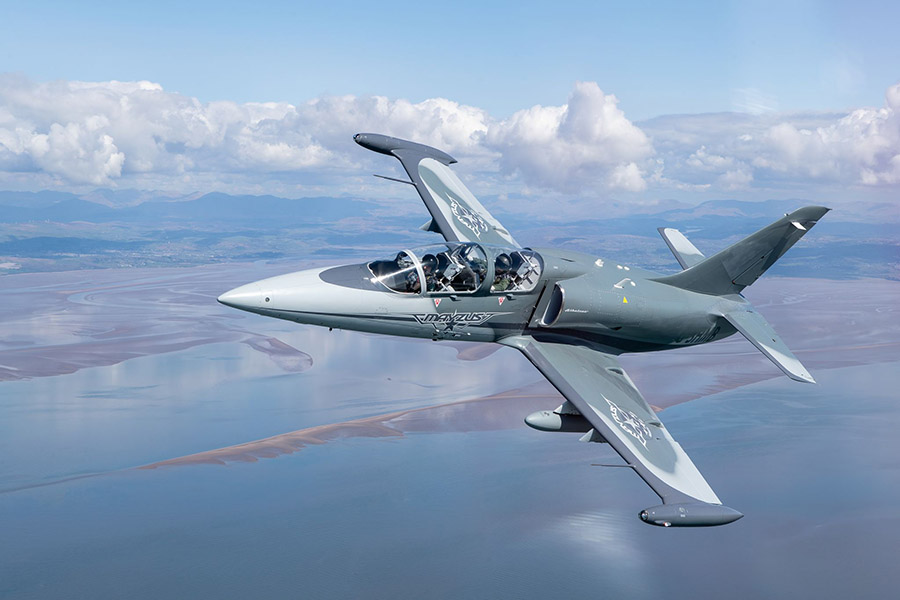 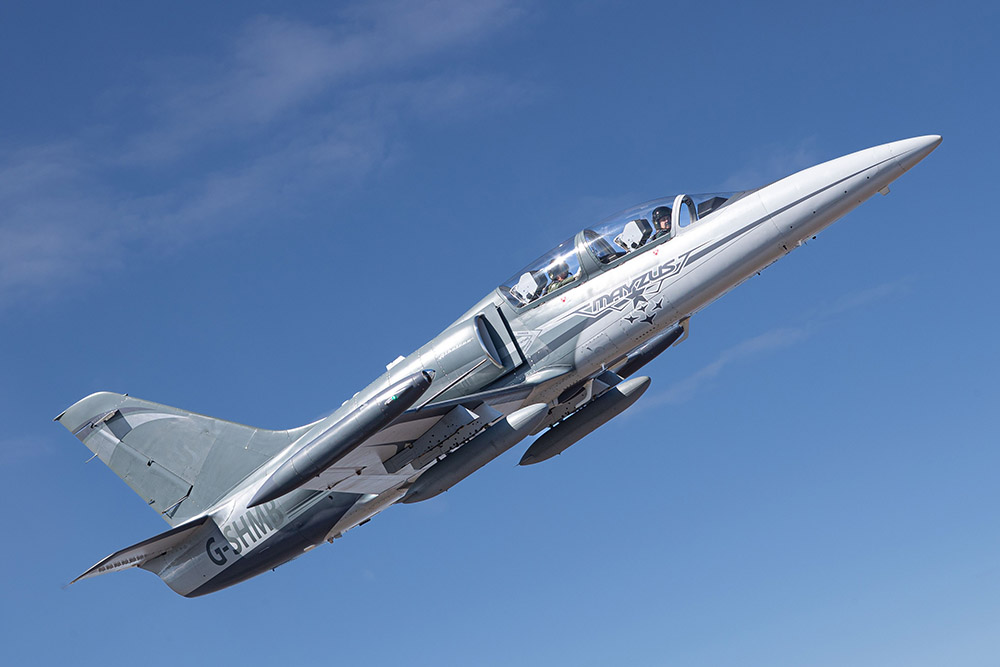 John is an ex-Royal Air Force Qualified Flying Instructor (QFI) with tours on Buccaneers, Tornado GR.1’s and also Hawk T.1’s and saw active service in the 1st Gulf War as part of the RAF’s Tornado force. When not flying fast jets, he enjoys instructing aerobatic courses on the Bulldog at Blackpool and flying aircraft in the vintage historic aviation at The Shuttleworth Trust at Old Warden, recently converted onto the Sea Hurricane. 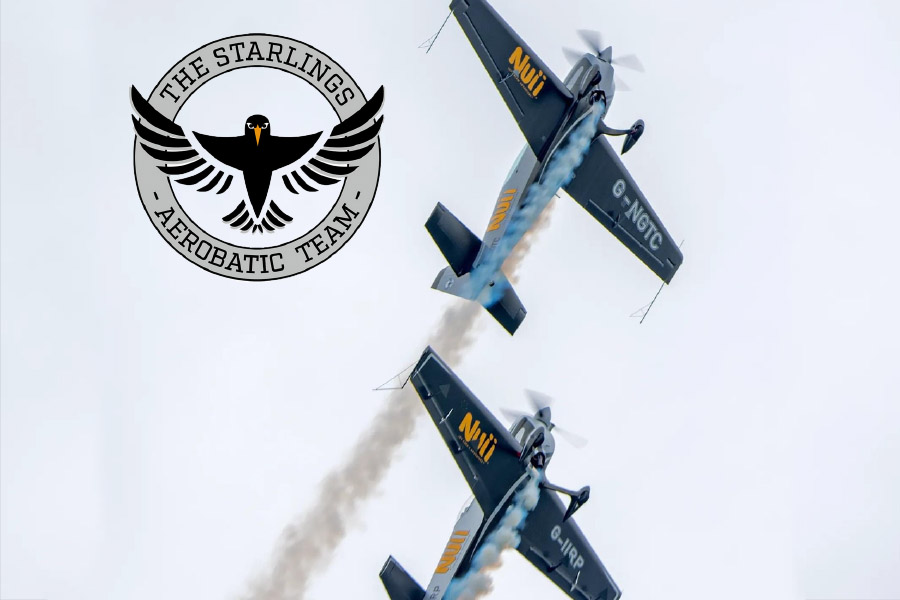 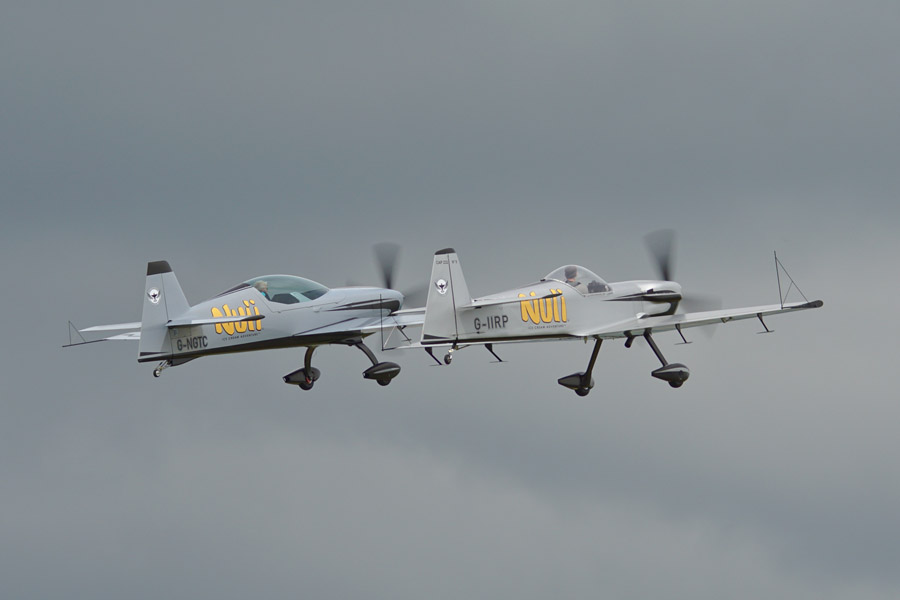 The Starlings are comprised of former British Aerobatic ChampionsTom Cassells and Michael Pickin. Performing high-octaneclose formation aerobatics including gyroscopic tumbles.Both pilots have a combined aerobatic experience of over 50years in airshows and competitions and have flown all overthe world as solo acts and as part of a formation. Tom is acurrent Display Authorisation Evaluator and Michael is the youngest person ever to be British Aerobatic Champion.

The display showcases the performance, skill and abilities ofboth pilot and aircraft. The first half of the routinedemonstrates formation aerobatics, opposition manoeuvresand provides some great chances for photographers tocapture the team doing what they do best.

The aircraft used are the latest design from Germany, theExtra NG and the classic, world championship winning, Cap232. Both aircraft are capable of unlimited aerobatics; rollrates in excess of 420 degrees per second and plus/minus10G. The aircraft will carry the livery of new Sponsors NuiiIce Creams. 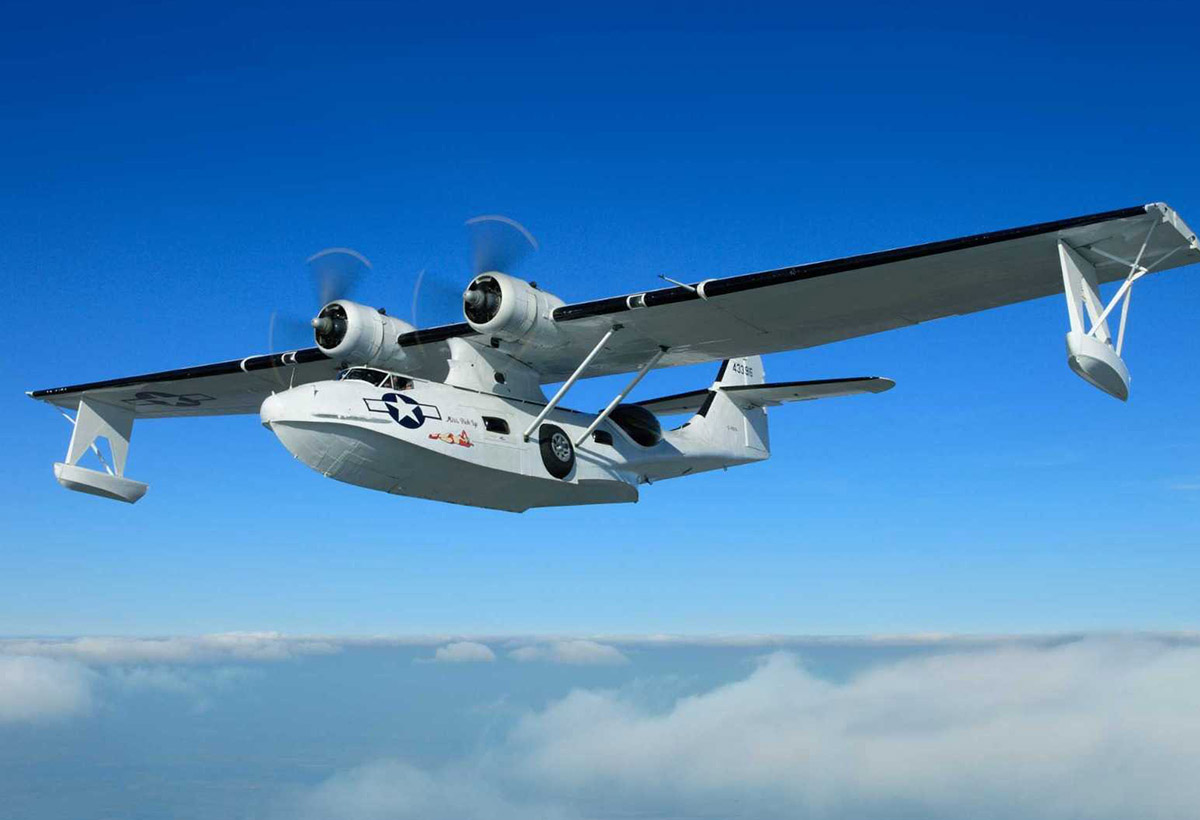 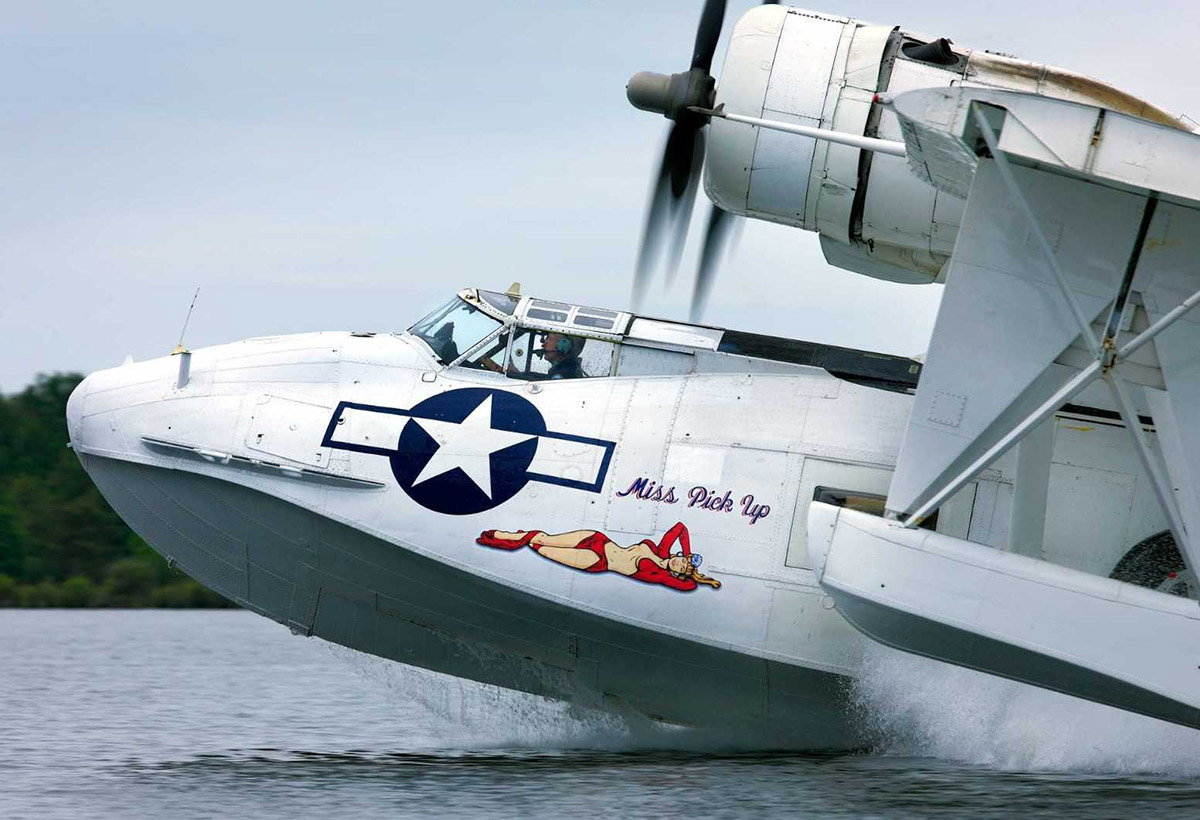 The Catalina served with distinction throughout the Second World War and was involved in many significant actions including the location of the German battleship Bismark, the sighting of the Japanese invasion force heading for Ceylon and many individual actions against U-boats and submarines. Two Victoria Crosses were awarded to Coastal Command Catalina captains.